It is good to see the Court House emerge from under the scaffolding and protective coverings. The Court House is a Grade 11* listed building, Land was purchased in 1806, and the Court House built for the West Riding magistrates to a design provided by Charles Watson. A delay in completion was reputed to be because there were problems obtaining large enough blocks of stone for the pillars, but Quarter Sessions were held there from 1810. The building was extended in 1849-50 and again in the 1880s. County Courts ceased to be held there in 1992, and it was sold to the private sector. It was allowed to fall into decay and was placed on Historic England’s ‘At Risk’ register in 2013. The Council bought it back and from 2018 it has undergone a major project to make it structurally sound and in a condition for it to be sold. 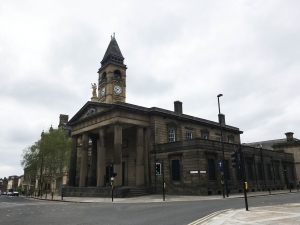 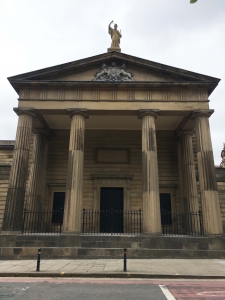