Towards the first evening of their journey, 22 July 1476, the funeral procession approached the watermills that marked the northern limit of the town of Doncaster.  The going had been flat for some miles, since they had parted from the wide drove road which forked away from the Great North Road towards Wakefield and eventually over the Pennines to Kendal; down this road came the herds of cattle, sheep and other animals that would be driven down the Great North Road to feed the towns of the south.  Their own journey followed the same route, along the Roman Road of Ermine Street towards Doncaster. 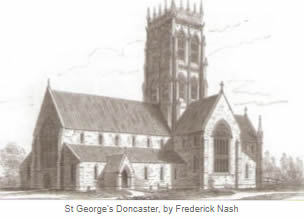 Crossing the five arches of the bridge by the mills onto an islet of land in front of Doncaster, and processing through the great stone gate, they saw to their right the chapel of our Lady, and to the left the tower of St George’s Church, in the grounds of the former castle, abandoned two hundred years before but with its earthworks still showing; from the banks of the river which flowed before the church sprouted the masts of a few small boats, marking the fact that this was the highest navigable point on the Don, with a trade to Hedon and other ports downriver, and a small shipyard.  Less agreeably, smoke and a noticeable odour identified the area as the site of Doncaster’s tanning and pottery industries.  Passing the few poor houses of Marshgate, they came on their left to the Friary of the Franciscans or ‘Greyfriars’, where Richard’s body would rest for the night.  After the necessary ceremonial, including no doubt a welcome from Doncaster’s newly appointed mayor, they dispersed over the three arches of the second Friars’ Bridge across the River Cheswold into the town to find lodgings; no doubt they were a little foot-sore after the first day of travel. 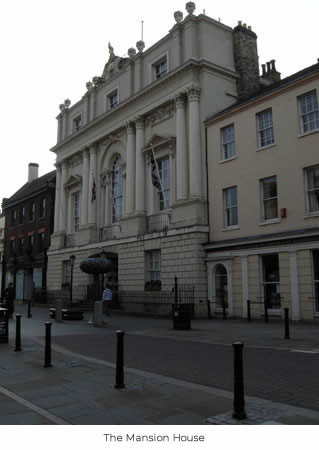 Doncaster was well-used to accommodating travellers, and doubtless particularly keen to welcome such close relatives of Edward lV, who had favoured them with a town charter only nine years before, on 30 October 1467.  It had been that charter which allowed Doncaster to choose their mayor and two ‘serjeants at mace’ each year, to govern the town; the mayor also acted as coroner and as justice of the peace.  As the travellers went along Frenchgate towards the High Cross intot he town centre, several may have decided to walk further towards the hospitable Carmelite Friary, to seek lodging or to say a prayer at the famous shrine of Our Lady of Doncaster with its miracle-working image of the Virgin, held in similar reverence to shrines at Walsingham, Worcester and Ipswich.  Night was falling, but they felt secure; the town itself was girded by a significant ditch, the Bardyke, with four strong stone town gates similar to the one they had passed on each of the four major access roads set into an earth and timber rampart.  The core of the town lay to their left, down streets to the east of the main road, where the market place was set out around the church of St Mary Magdalene – not so fashionable as that of St George’s, further to their left by the Moot Hall, but the centre of a bustling town life, where Doncaster’s craftsmen, drapers, weavers, dyers, tailors and potters laid out their wares for sale.  The procession had arrived just two days before the holiday for the feast of St James, newly confirmed by the 1467 charter; no doubt there was extra activity in preparing for the fair. 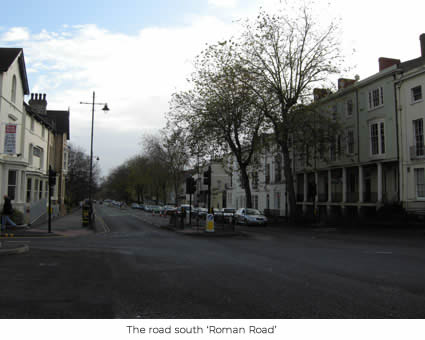 Doncaster would, a century later, suffer for its shrines; the Grey Friars had offered shelter to the Pilgrimage of Grace of 1536, but within a decade were dissolved, the last Carmelite Prior, Lawrence Cooke, being hanged at Tyburn, with Thomas Cromwell seeking the burning of the Virgin’s image to make ‘a jolly muster at Smithfield’; the scale of the Grey Friars’ building can be gauged from its yielding 46 tons of lead, when demolished.  St Mary Magdalene, by now reduced to a chapel of St George’s followed within a decade.  The town would later develop significantly during the Georgian period as a market and administrative centre, together with a widely-renowned racecourse; but its greatest expansion would follow the arrival of the railway late in the 1840s, with the succeeding development of the Locomotive ‘Plant’ Works and the mining industry.  The town today would be unrecognisable to the mourner of the funeral procession.