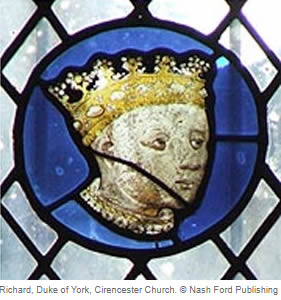 In late 1460 Lancastrian supporters of Henry VI began to form new armies in Wales and Yorkshire.  Meanwhile Richard, Duke of York, accompanied by the Earl of Salisbury and 6,000 followers, left London for the north in early December 1460. He went to Sandal Castle, near Wakefield in Yorkshire, where he spent Christmas.

On 30th December Richard marched out of Sandal Castle to fight a Lancastrian army. Richard’s forces were cut to pieces, with about 2,000 dead. Richard himself was killed along with his second son, the Earl of Rutland.

The accounts of the battle are rather sketchy and fail to explain convincingly why an experienced campaigner like Richard should have left the safety of the castle, but they suggest two reasons. One is that he was tricked into believing that disguised Lancastrian troops were on his side. The sources also mention that Richard went to defend troops that were out foraging for food. Foraging would certainly have been necessary; Sandal Castle cannot have either accommodated or fed several thousand troops. But that still does not explain why he should venture out if he could see the greater army opposing him. 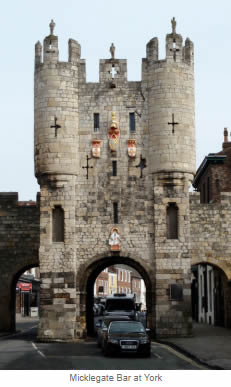 After the battle, the head of Richard was set up over the gate at Micklegate Bar at York, wearing a paper crown. His body was buried at Pontefract, probably at the Priory of St John.

At the time, it must have seemed a great disaster for the Yorkist cause. But it would only be a few months before Richard’s son would be crowned King Edward IV and inflict a crushing defeat on the Lancastrians at the Battle of Towton.

Very little is known about where exactly where the battle was fought or where the dead were buried. Local historian J W Walker reported that bones and weapons were found in 1825 when Portobello House was built by the River Calder, perhaps from a burial pit. Two rings and a seal found locally may have belonged to combatants. In the early 20th century a sword found during drainage works, was dated to the period of the battle.