The bicentenary of Charles Dickens’ birth prompts a note on the writer’s visit to Wakefield on 9 September 1858 when he gave a reading of A Christmas Carol in the saloon of the Corn Exchange to a ‘large and, on the whole, select’ audience. The Corn Exchange, a large and handsome stone-built structure in a classical style, which stood at the top of Westgate, had been opened in 1848. The ground floor was designed for the sampling and sale of corn, but the firstfloor was given to the saloon which became immediately the foremost venue in the town for assemblies of all kinds.

Neither of the Wakefield newspapers of the time gave much space to an account of the event but The Wakefield Express (liberal and non-conformist and first published in 1852) made a point of the appalling behaviour of a prominent group in the audience: ‘Some ladies, who by their position in the very front of the stalls might naturally be expected to have known better, had the bad taste to leave their seats during the last quarter of an hour’s reading when the general attention could least bear to be disturbed’. As they left, others in the audience
hissed. 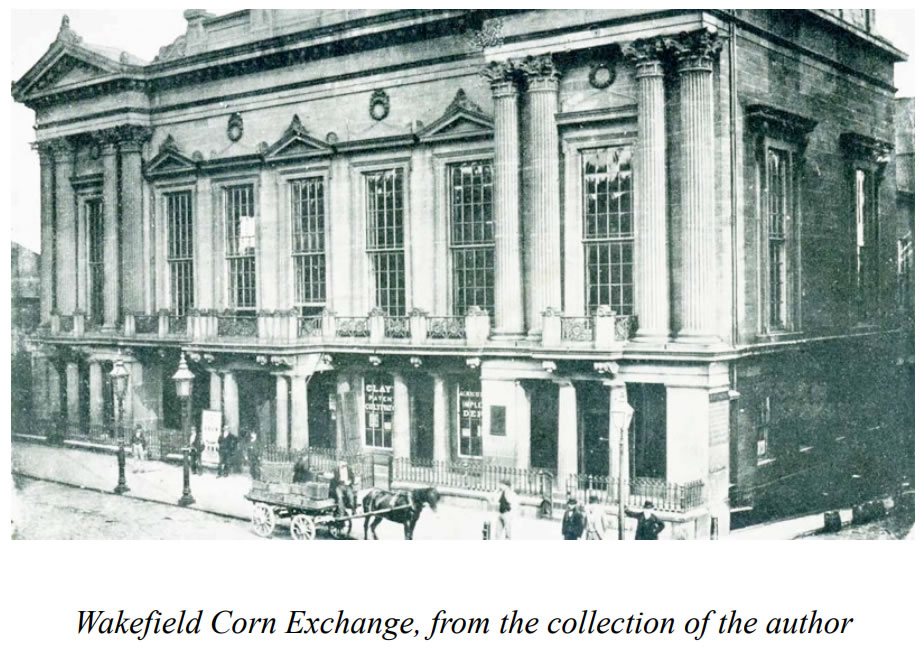